We had an amazing two days!

The children from Y2-Y6 got to choose a workshop run by one of the teachers. They stayed with that teacher all day and on Friday they showcased what they had been learning!

The children performed Easter songs that Ms Wright had been teaching each week in Tuesday whole class worship sessions and each group read a Bible verse and wrote their own prayers. 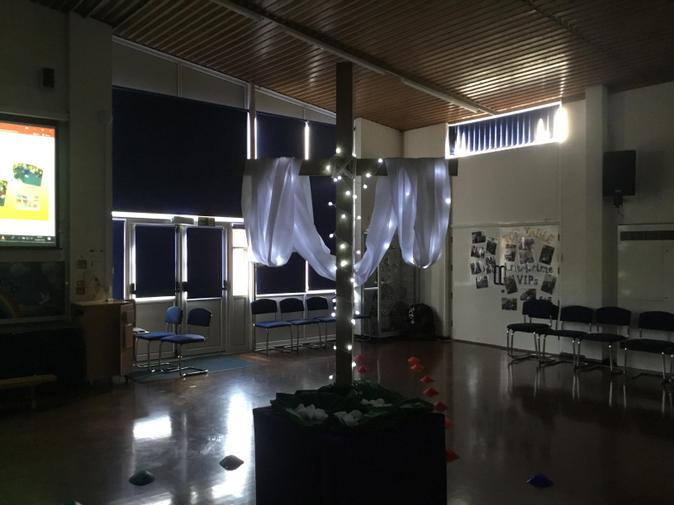 Mrs Chappelow's group learned more about the Last supper by baking flat bread, designing and making their own chalice and re-enacting the last supper through drama. 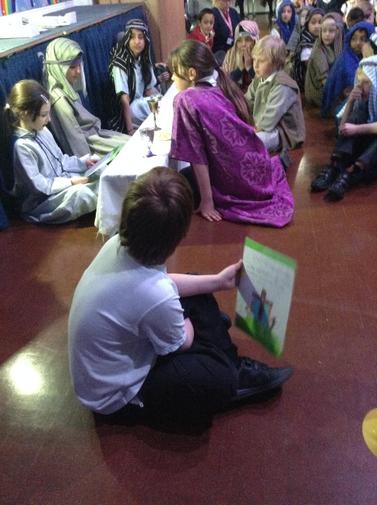 Miss Crosby's group made their own version of the Garden of Gethsemane and performed it for us. It was great to see how they had used playdough to recreate their own scenes. 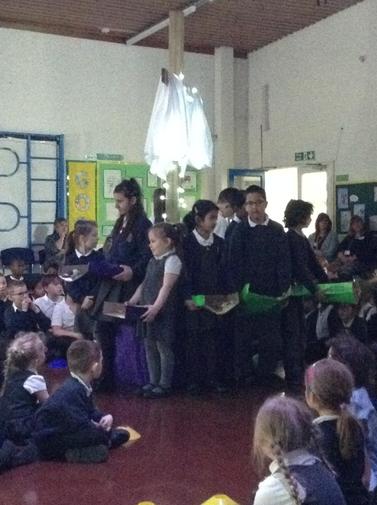 Mrs Cookson's group went outside and re-enacted Jesus' trial and made a news broadcast for us to see.

Mrs Cheetham's group thought about sacrifice and the crucifixion. They used the outdoors to make crosses and a crown of thorns. They wrote acrostic poems titled 'nails' and made black and white pictures to show death and resurrection.

Miss Emmens' group did an art workshop focusing on hopes and  dreams and used the resurrection as a stimulus. They made some very dramatic pieces of art work using colour to create drama.

Finally, Mrs Collier's group talked about the great commission. The children made gift bags for our visitors and in the bags were hand written prayers and a light- a reminder that Jesus is the light of the world. The children put some of their own prayers into 100% biodegradable balloons and released them in the playground. We hope they are found and the person tweets us! 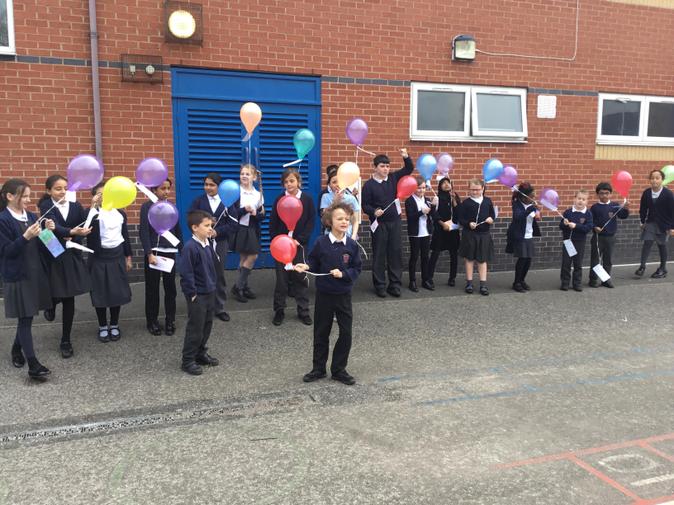 It was wonderful to share our learning with Vicar Dave and Irene Hanson from St Stephen's Church, Jo Snape our Diocesan advisor, Michael Everitt- Archdeacon of Lancaster, Lisa Horobin- schools adviser and SIAMS manager and Stephen Whittaker -Director of Education from Blackburn diocese. 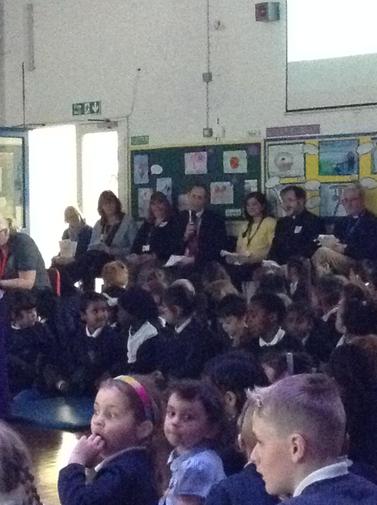