In light of the general election we were talking about democracy, individual liberty, the rule of law, mutual respect and tolerance of those of different faiths and beliefs. The eco council decided we should also have the opportunity to use our vote wisely and so in assembly they presented two proposals for us to consider. The first was to have single use plastic free school lunch boxes all week in order to have a fun food Friday where we could have treats such as crisps, chocolate and yoghurt. The second was to have walk to school Wednesdays in order to encourage car sharing, riding bikes and scooters and walking to reduce traffic and pollution in our school community. The majority vote was for walk to school Wednesdays which we will be introducing in January. 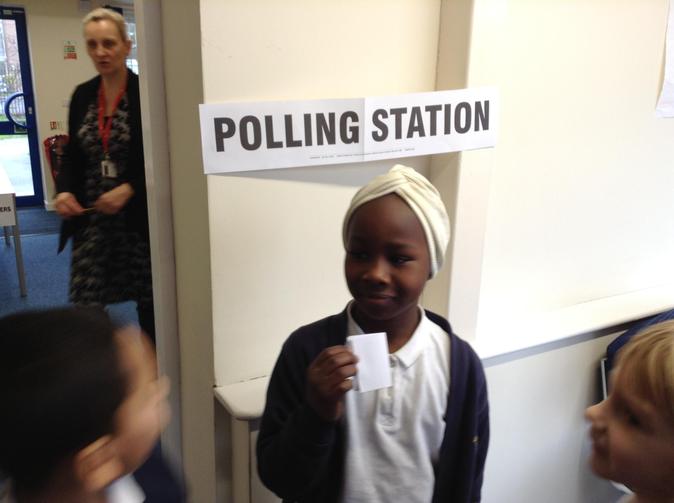 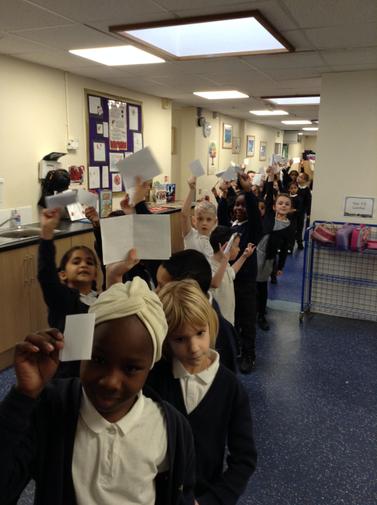 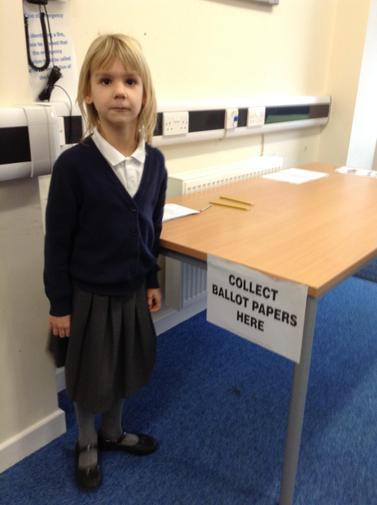 Letters to the PM- September 2019
We wrote letters to Boris Johnson after hearing the story of Josiah in worship. We thought about how important it is to pray for our leaders. We asked the Prime Minister important questions about climate change, poverty, tackling injustice and how he needs to be generous with his time, words and actions. We got a reply! 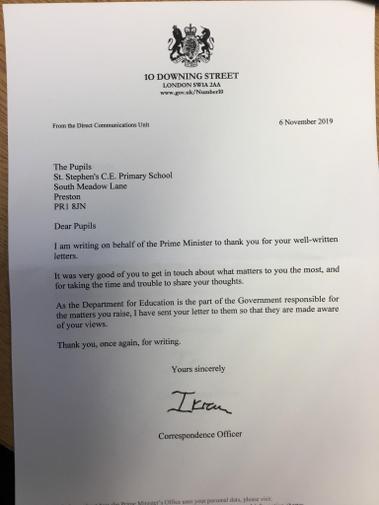 EYFS thought about how they showed respect and tolerance (or not) with facial expressions!

The Rule of Law and Democracy in action!

Mutual respect and tolerance of those of  different faiths and beliefs

The whole school joined in Easter celebrations
In Year 3/4 (2017), we were inspired by Benjamin Zephaniah's poem "The British".  We wrote our own recipe poems celebrating the diversity we have at St. Stephen's!

In Nursery and Reception (Summer 2017)we enjoyed finding out about the Queen. We made crowns, flags and had a tea party!